This past weekend we made quick, two-night trip to San Francisco to attend a cousin’s wedding.

Since we stayed at the Doubletree Hotel at the Berkeley Marina, I decided I should do at least one boats-at-the-marina sketch. As we walked along the shoreline path I changed my mind and chose to sketch a view of the San Francisco skyline across the bay. I did manage to include one boat. And the old Oakland bridge which is being dismantled (the steel is being sold to China). And the new Oakland bridge. And a duck.

After leaving San Francisco and returning home to Santa Fe something made me think of Andy Warhol and I found several documentaries about him on YouTube. For the next couple of days I worked on images inspired by the video but was mostly inspired by his unapologetic attitude about his art. As critics analyzed, criticized, and scrutinized his work, he seemed totally oblivious (publicly, at least) to the art world's opinion.

When asked why he copied things instead of creating something original, he said “Because... this is easier.”

When someone suggested “So you're just playing a joke on everyone?” he responded “Uh, no... it gives me something to do.”

I grabbed a video frame in the YouTube player and made four panels, each one 40" wide and 30" deep. Next they’ll be digitally printed on aluminum with a high gloss finish to simulate viewing video on a computer screen. Then they will be assembled together to create a single piece that measures 80" wide and 60" deep.

If Andy Warhol was still with us, would he be working digitally? I think so. If critics didn't like that, he would probably have a typical Warhol reaction of “So what?”

So, when someone says to me “You’re copying instead of creating something new,” I can say “So what? It gives me something to do.” Besides, Andy never put a red progress bar on his images. 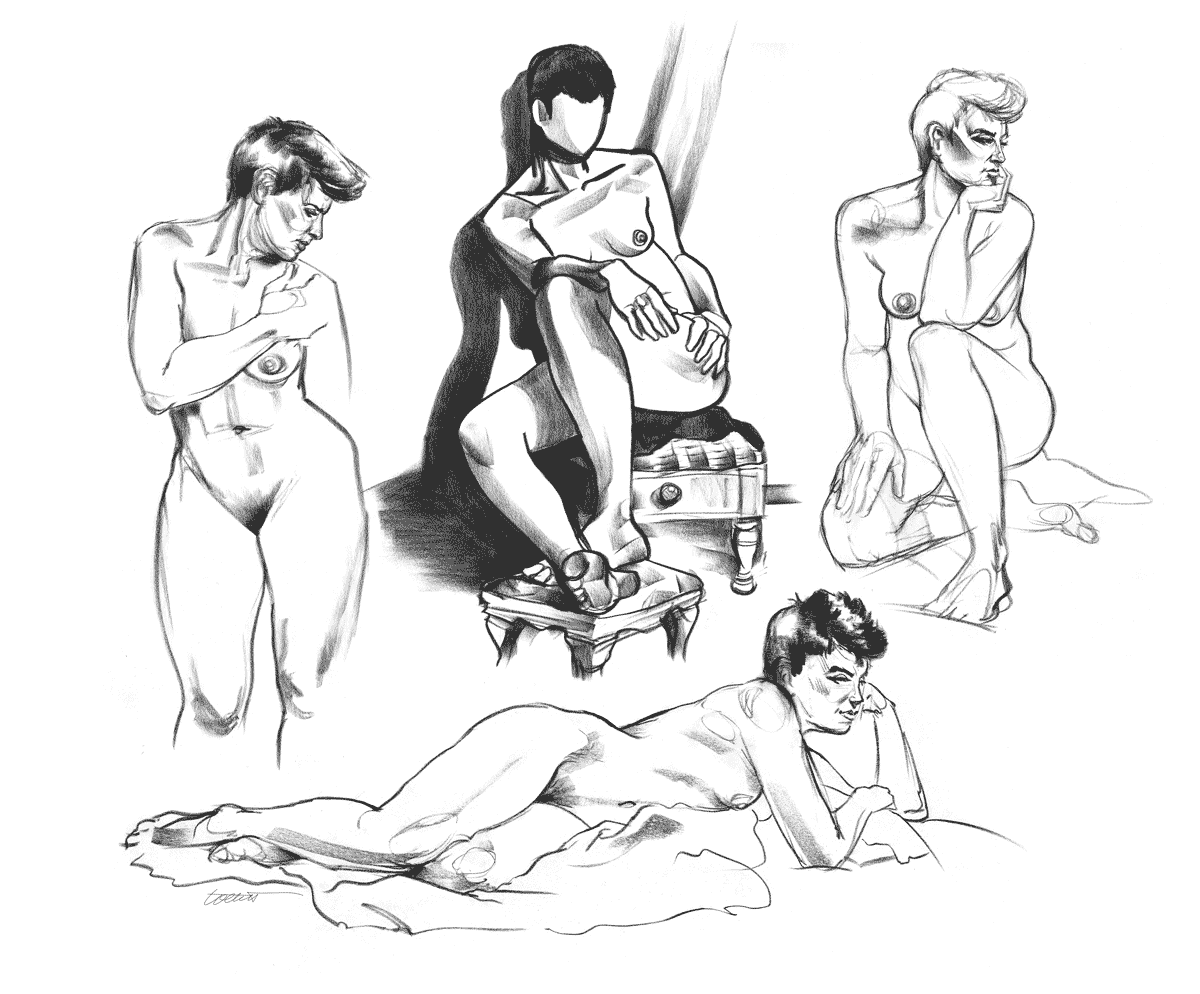 A montage of poses from last Tuesday night’s drawing group.

22 artists attended. That’s close to a record for our group in recent years. Word-of-mouth plus an online presence at Meetup.com/SFdrawing has added a lot of awareness and interest about the group.

Three of our favorite models, including this one, are also going to be the models for an upcoming special drawing event at CCA (Center for Contemporary Arts) here in Santa Fe on October 25, 2014: Three Muses Drawing Extravaganza.

Learn more about the Three Muses event.
Posted by jt at 2:50 PM

San Francisco and Beyond

We've been in the San Francisco area for almost a week, staying and playing in the Fisherman's Wharf area and North Beach. While Robin was busy working (making a video for Peachpit Press about her principles of design, based on her book The Non-Designer's Design Book), I wandered about, took photos, and sketched. After four days of seafood, wine, and sketching in San Francisco we took the Vallejo ferry to the north side of the bay and drove to Yountville, just south of Napa, to spend several days with Robin's mother.

A Pose or a Break?

Is this a pose or a break between poses? Sometimes it’s hard to tell. I mean that in a good way.

A stylized interpretation from one of the recent life drawing poses at Argos Gallery.