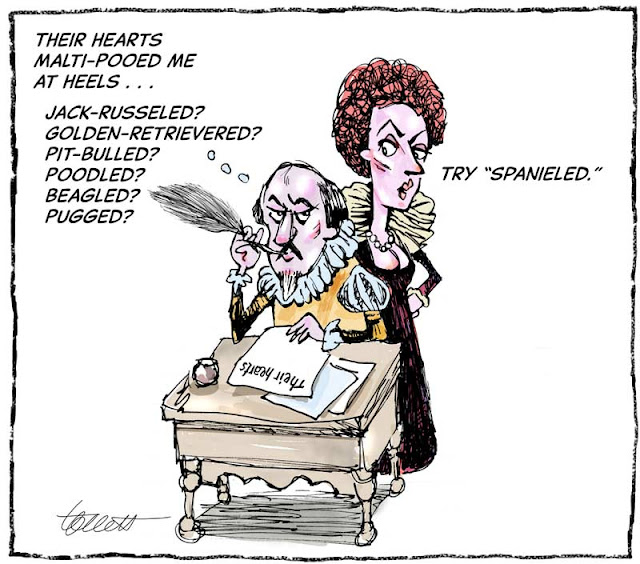 Mary Sidney is gaining traction as the most credible candidate for the authorship of the Shakespeare canon (a debate known as The Authorship Question). Sidney was fluent in multiple languages and translated many works, she was expert in writing, English history, alchemy, hawking, and all sorts of stuff. She ran Wilton Circle, the most important literary salon in the history of England. Her sons were the wealthiest and most powerful men in England, second only to King James. She was a Countess. She had a huge library and an alchemy lab, and most of the known source materials for the Shakespearean works have a direct connection to her. She was known by her contemporaries as a brilliant writer whose mission was to create, and encourage, great works in the English language.

In the scene above, Mary offers writing suggestions to an actor who, incidentally, was never recorded as having been present at Wilton Circle.

You can learn more about the Authorship Question, and about Mary Sidney, in the book Sweet Swan of Avon: Did a woman write Shakespeare? by Robin Williams, PhD, available at Amazon.com.

Think Not I Love Him