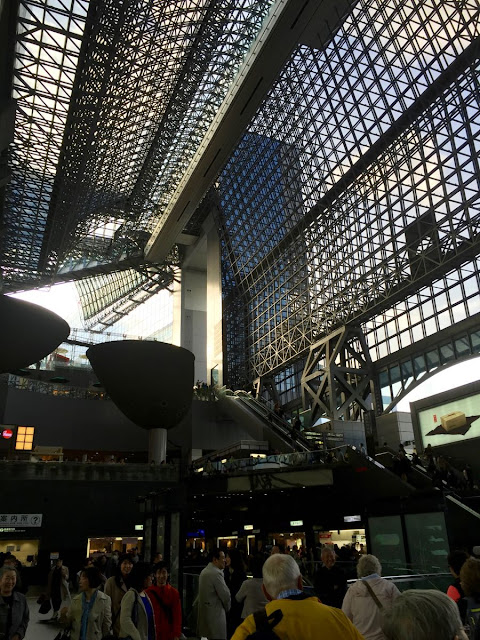 The Kyoto central station. The escalator keeps going up for about twenty floors to the roof where you have nice views of the city. Robin is known internationally for hating to stand still on escalators so she walked all the way up, with her luggage. 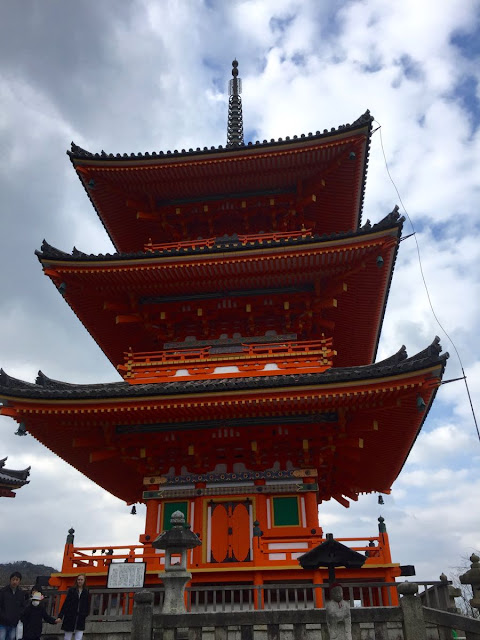 More shrines and temples. I don't know the difference between a shrine and a temple, but the orange color definitely means it's part of the Shinto Buddhist religion. The Shinto teachings are very flexible. I just realized that I've been partly Shinto for a long time and didn't know it. 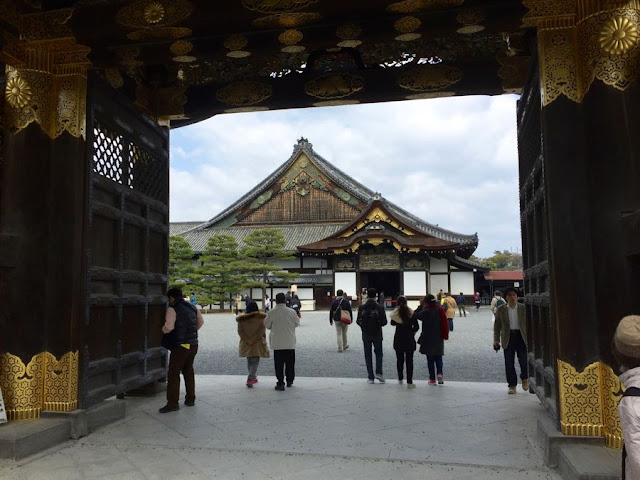 Besides temples and shrines, there are lots of palaces and castles. This is the entrance to a Shogun's palace who ruled this area 1000 years ago or so. 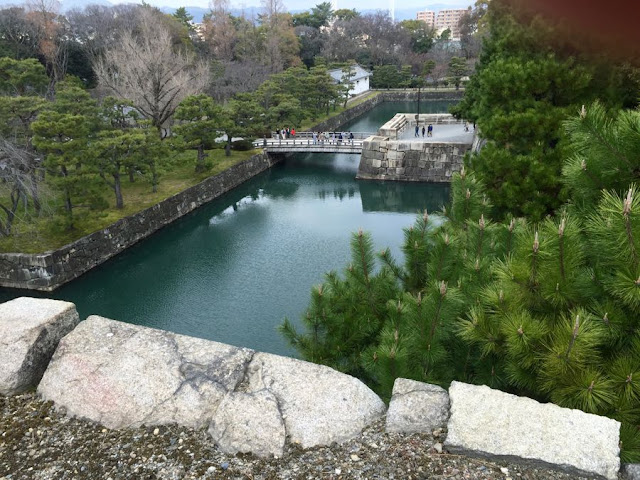 This is part of the moat that surrounds the huge palace estate. It must be really hard to build a moat this nice. 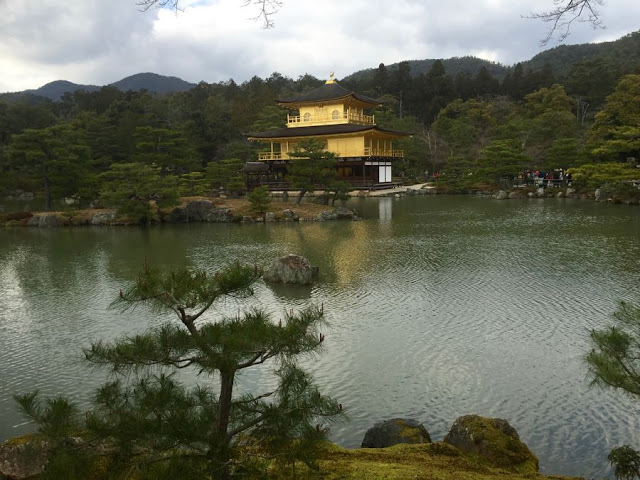 Another Kyoto shrine site that features a gold shrine (covered with gold leaf). 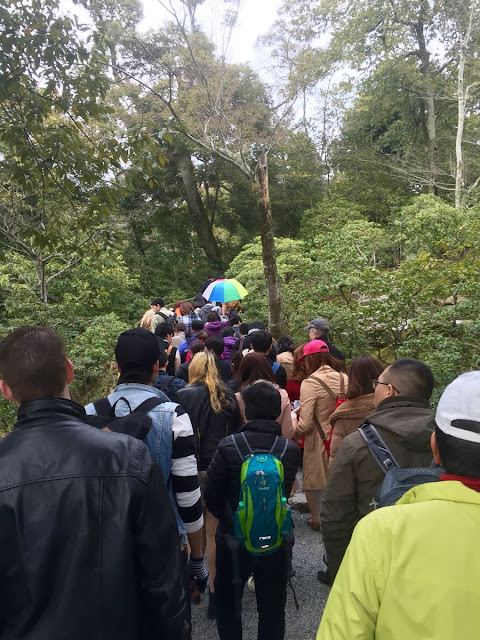 Did I mention that Monday was a national holiday? Everyone in Japan was at this particular shrine, celebrating the 3-day weekend and the Spring Equinox. According to our guide, most Japanese think the golden shrine is bit too much, but as you can see, the crowds were still willing to visit. However, there's a very good chance that at least half of these tourists are Korean or Chinese. With a handful of European types thrown in. 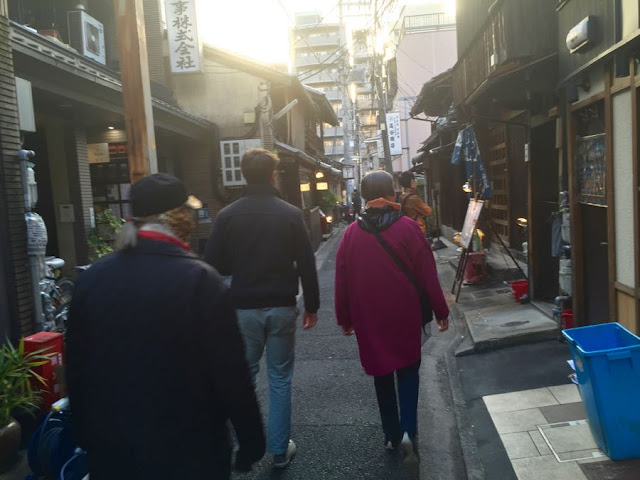 When we got back to the hotel, Jimmy was waiting for us, having just arrived from Totorri. He made reservations for us at a Japanese restaurant that was recommended by a friend of his. When we got to the restaurant the waiting time was an hour and a half, so he took us exploring for a bar on some nearby side streets where the really cool stuff is. 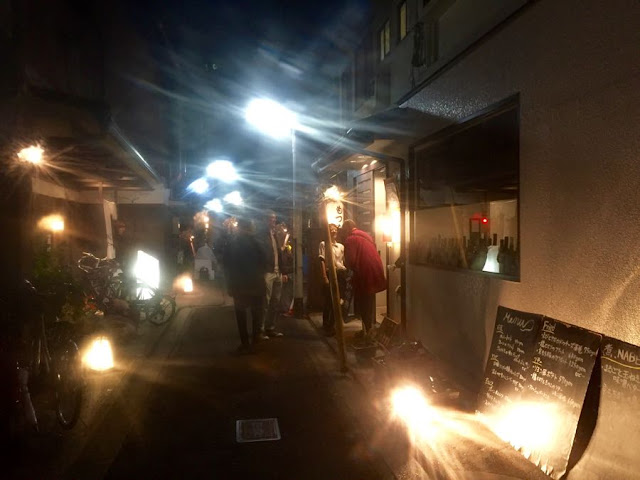 We found a small bar/restaurant that had four stools, so we filled the place up. Great sushi, good beer.  Expensive. We stayed there drinking and chatting until time for our other reservation. Robin returns bows of goodbye and thank you as we leave. 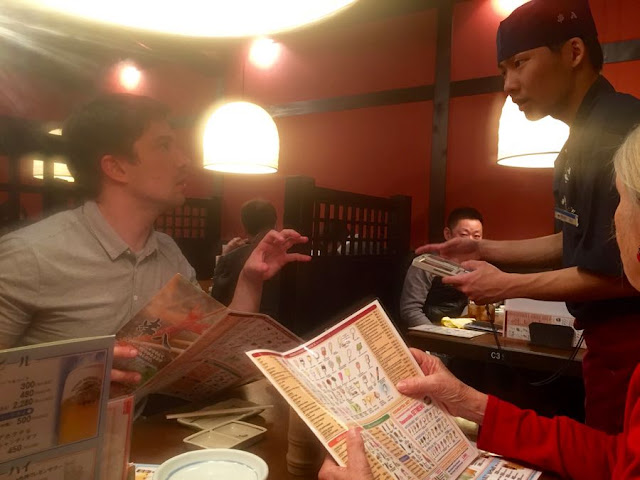 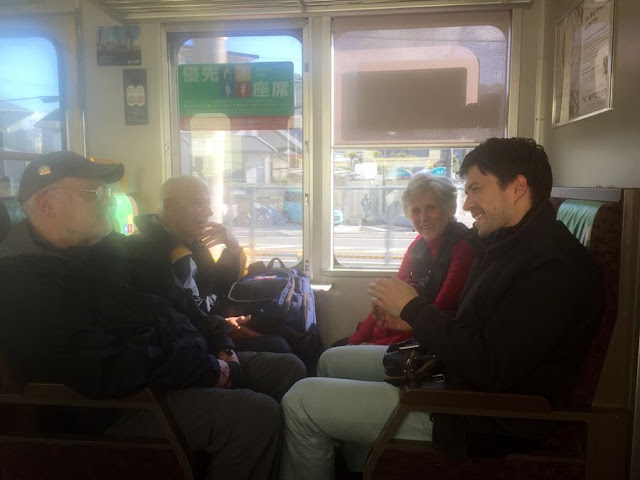 Jimmy shared our hotel room for one night. The next day he served as a tour guide for 5 of us on a day trip to Nara and Fushimi. Pictured above are Bob, George, Anne, and Jimmy. Jimmy did a fabulous job of navigating us through the train systems going and coming. And through the temple sites (Some very cool stuff for the next blog). Some of the group needed to be back at the hotel by 4 p.m. and Jimmy got us there at 3:58.

I hope to post some Nara and Fushimi photos later this afternoon. Tomorrow we say goodbye to our group and take a 3-4 hour bus ride to Totorri prefecture, town of Yonago (I think), where Jimmy lives. On the schedule: karaoke, golf, back yard octopus BBQ, and God knows what else.