We've been very busy and I'm several days behind on posting daily photos. There's something very tiring about visiting shrines and temples, mainly the fact that those Shogun guys insisted on building on steep terrain with thousands of steps. And that's in the relatively flat parts of Japan. If the Shoguns had settled in West Texas, or South Texas, shrine walks would be much easier.

Two days ago, our last day in Kanazawa, our group broke into five different groups and were put into taxis and taken to local homes for a two-hour home visit. Everyone absolutely loved their hosts and had a great time. The home we visited was hosted by Michie and her friend Sanae. 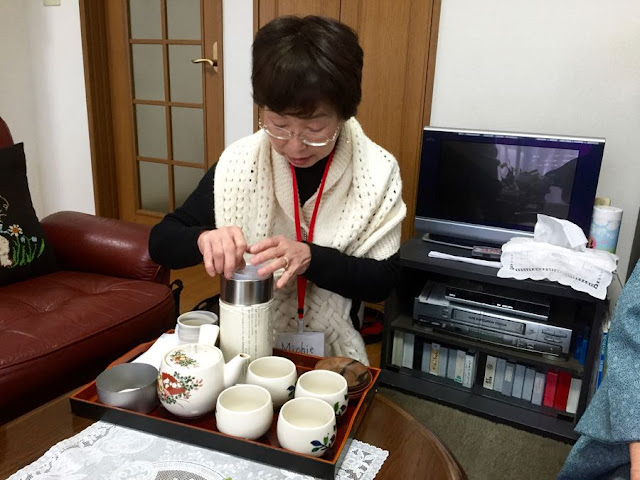 Sanae pours brown tea for us. 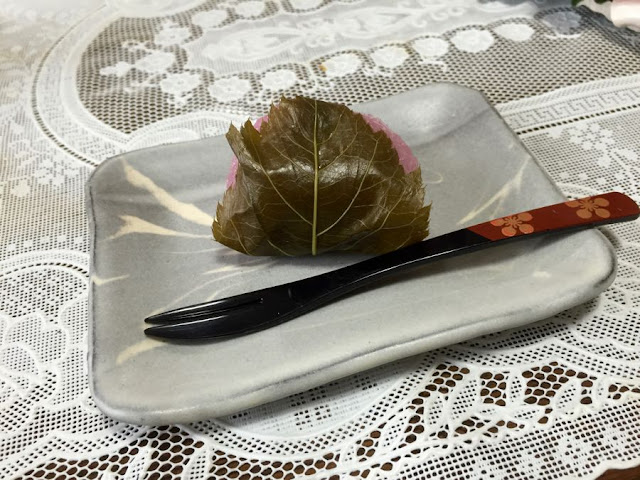 Mochi, a popular dessert in Japan, made of sticky rice. This is Cherry Blossom mochi, filled with sweet bean paste. The Cherry Blossom leaf that's wrapped around it was marinated for three months. 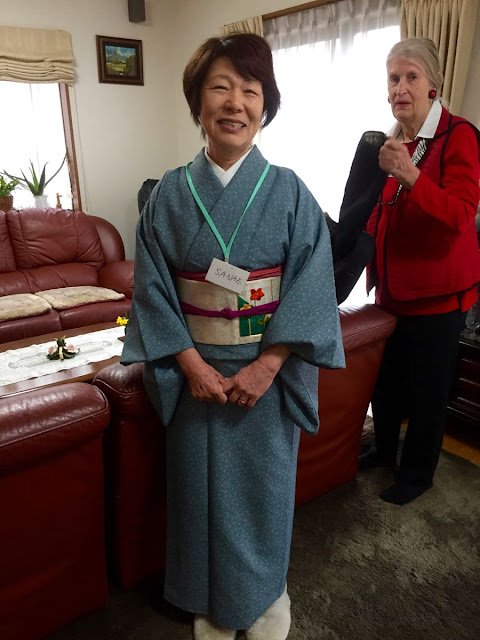 Michie's friend, Sanae, also served as a home visit hostess. Both of them were unbelievably sweet, friendly, and gracious. Very good English also. 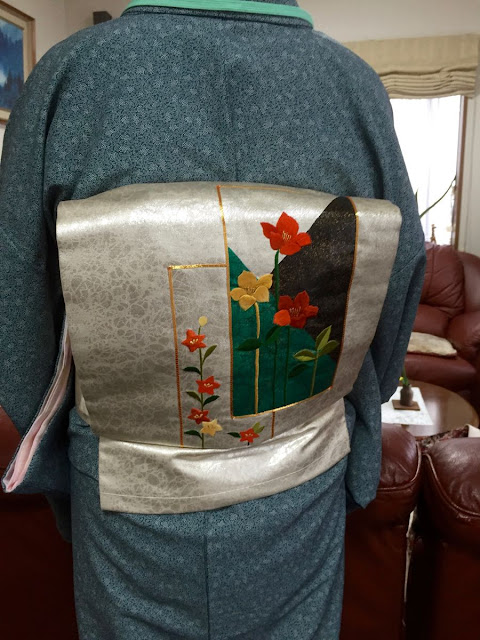 The back of Sanae's obi. 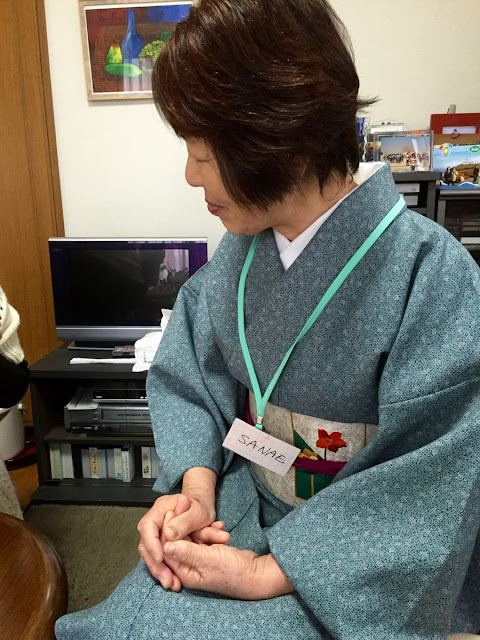 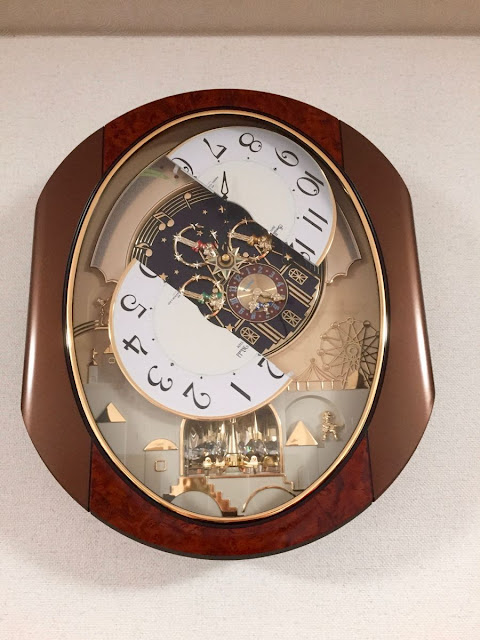 Michie's wall clock was cool. On the hour the clock face split in half and rotated 360 degrees while playing music. 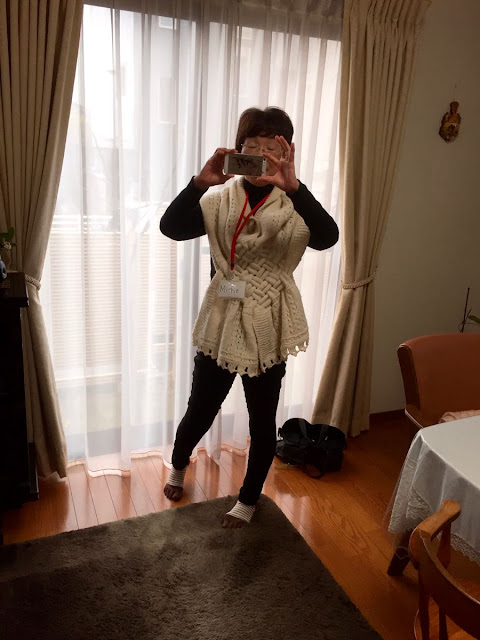 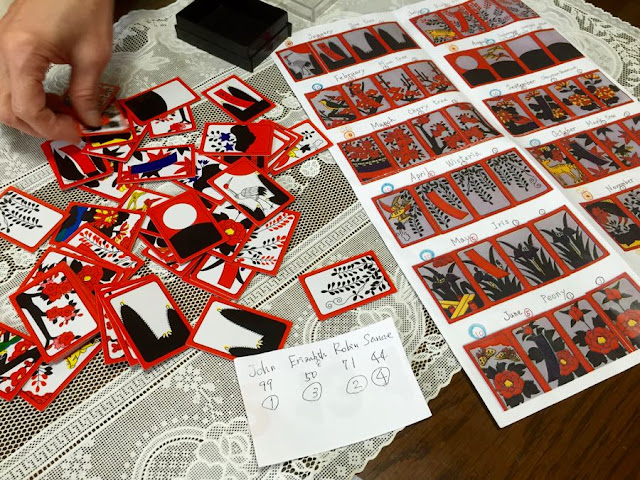 Michie and Sanae taught us how to play a Japanese card game, the Flower Card game. I won. Robin came in second. Michie says she has played a lot and she thinks I'm the best player she's seen. She thinks my ancestors must have been gamblers. Like I said, they were unbelievably sweet.

A taxi picked us up at their house and delivered us back to our hotel. We packed up and spent the afternoon traveling by train to Kyoto, a city with over 2000 temples and shrines.

Some more great times after that, including a 24-hour visit from Jimmy, Robin's son who lives in Yonogo, a city on the west coast of Japan. More about that tomorrow.
Posted by jt at 4:43 AM