If you had asked as recently as a month or two ago what I would be doing on my 71st birthday I wouldn't have thought that I might be having the best sushi I've ever tasted, Nodoguro, in Gyogyomaru, which is an izakaya (a Japanese pub) in Kanazawa. I don't know why that wouldn't have occurred to me, but hey, I'm just guessing. The chef (below) presented the Nodoguro sushi to me as a birthday present. According to Ayano, our guide, it's a very expensive sushi. 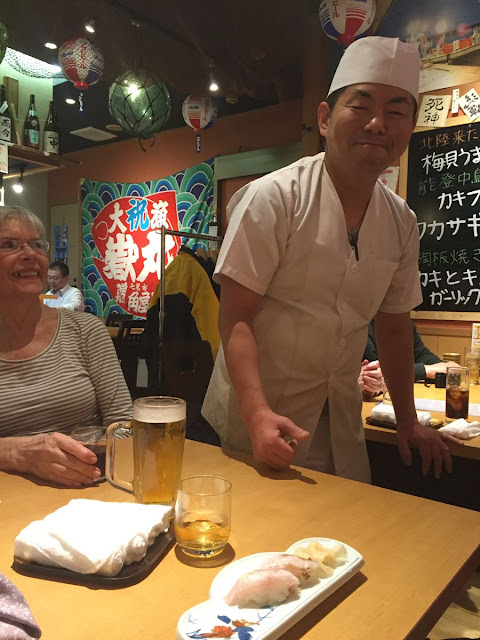 Below, the Nodoguro. And some ginger. 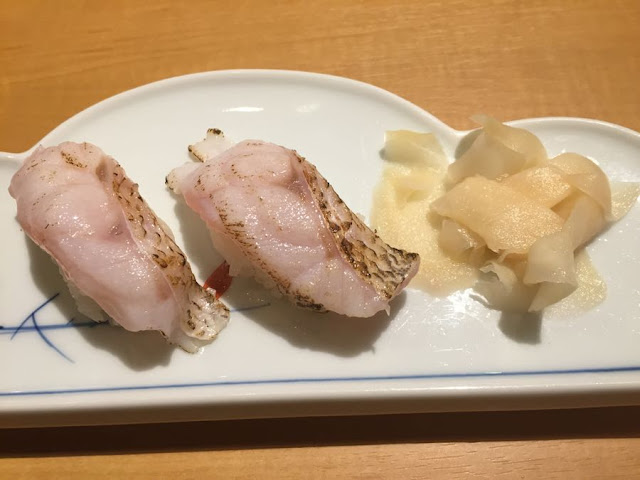 Elizabeth also presented me with a present, wrapped Japanese style, of sushi eraseres (a hot item for shoppers in this group) and chocolate almonds. 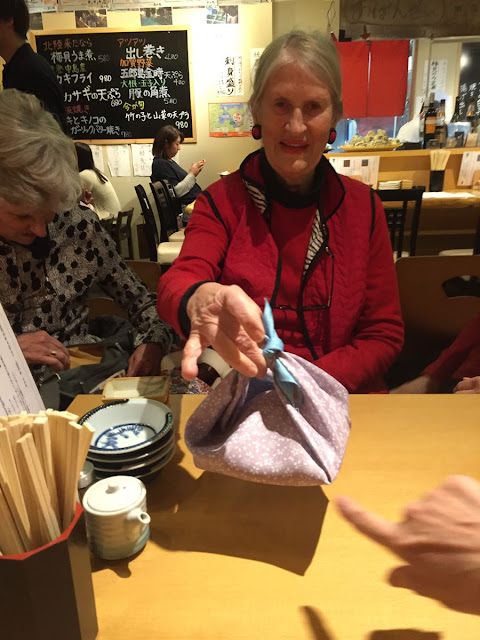 We visited several mountain villages today. One was a community center where we learned the traditional method of making sticky rice. You basically pound the crap out of it with a sledgehammer until it's a sticky, gooey, blob. An assistant, usually a woman for some reason, reaches into the wooden bowl between bone-crushing blows and flops the blob around. 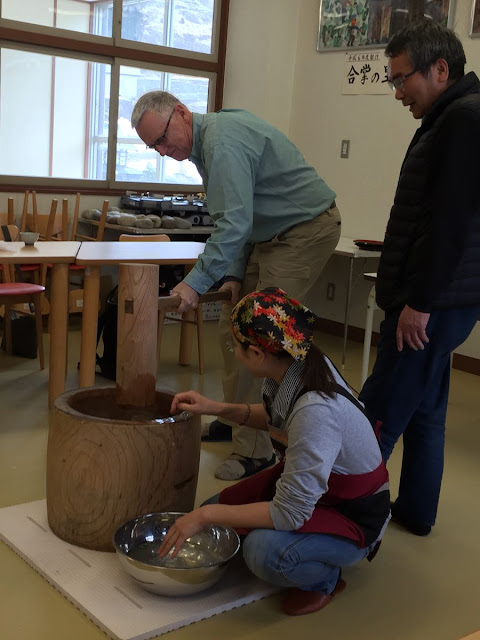 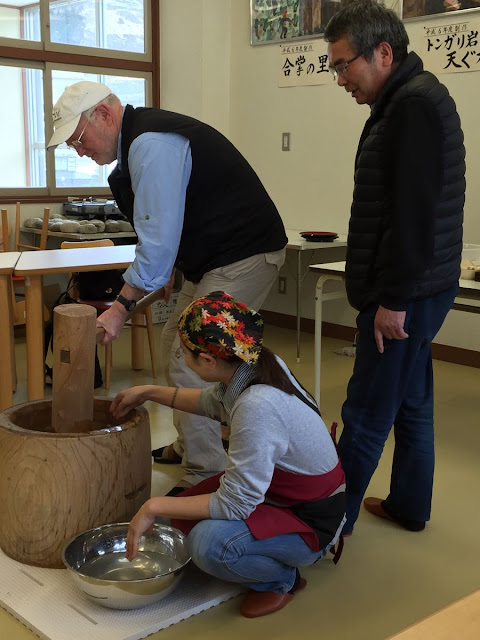 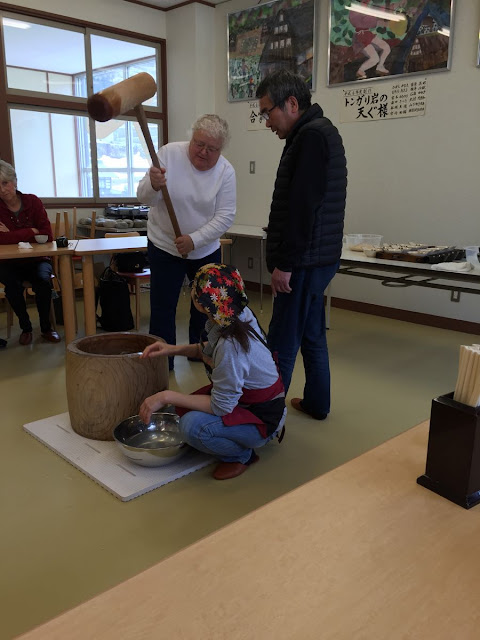 After several of us tried our hand at pulverizing the rice, we sampled it (below). Very sticky. Warning: eat slowly so you won't choke to death. Unbelievably sticky and gummy. Scary stuff. It's a popular New Years dish. According to our guide, someone dies every New Year's Eve because they didn't eat it slow enough. From my experience I would suggest taking tiny bites and chewing each one for at least two hours. 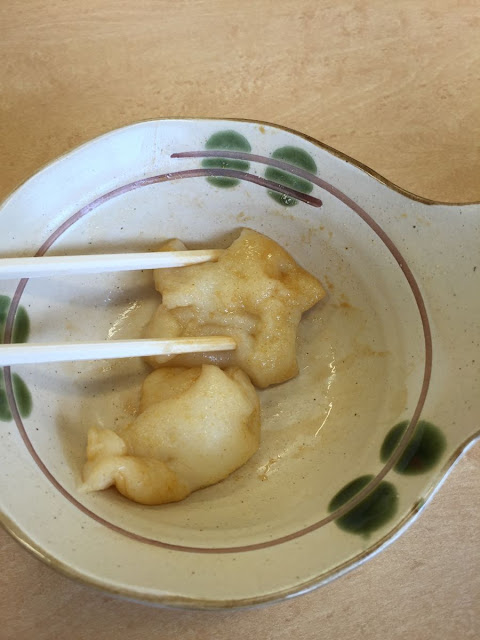 At least the sticky rice made most other Japanese food seem normal and mainstream. Even so, here's Ayano at our lunch destination in another village explaining what the heck everything is on our plate. This is a ritual that happens every meal. She's very patient and kind. We love her. 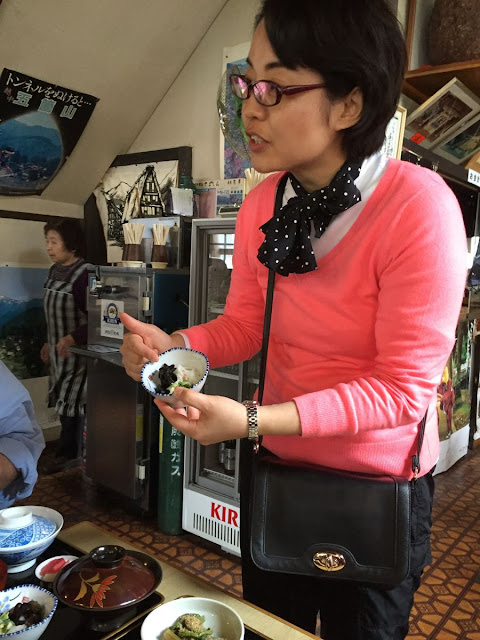 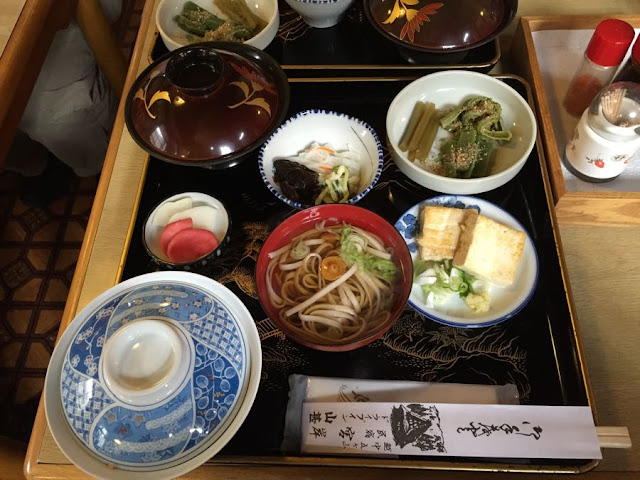 The village restaurant staff performed a traditional dance for us. 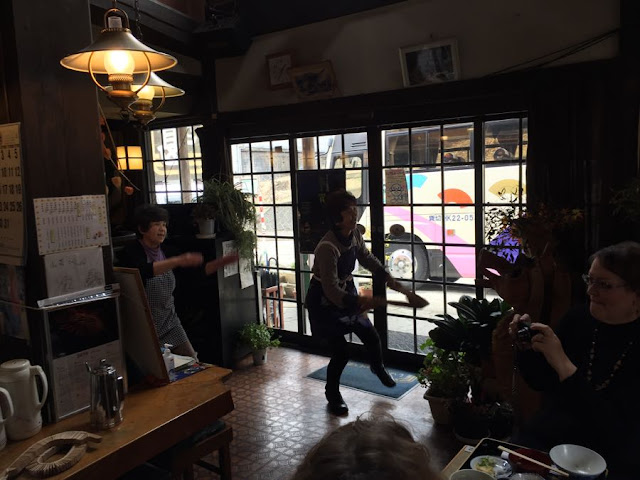 Some of the staff provided the music for the dance. 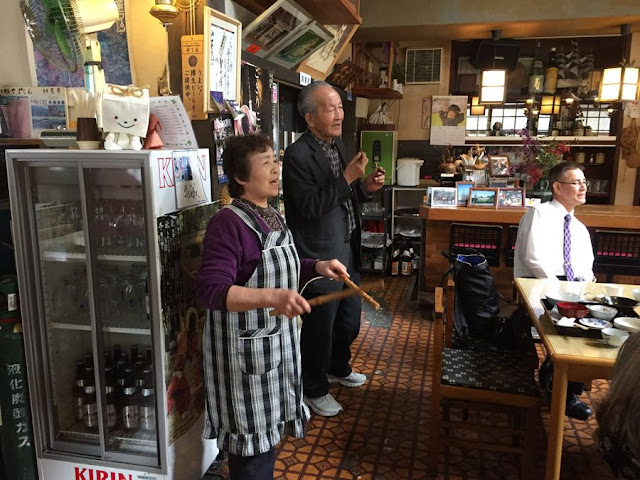 Ayano, our guide, joined in. 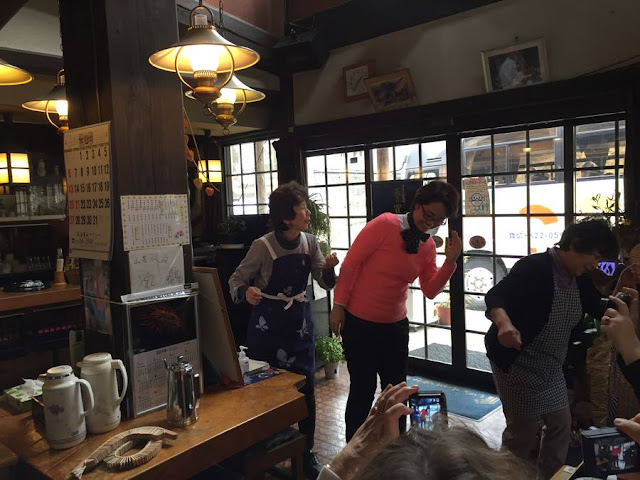 As we boarded our bus, the owner and the entire staff came out to wave goodbye. 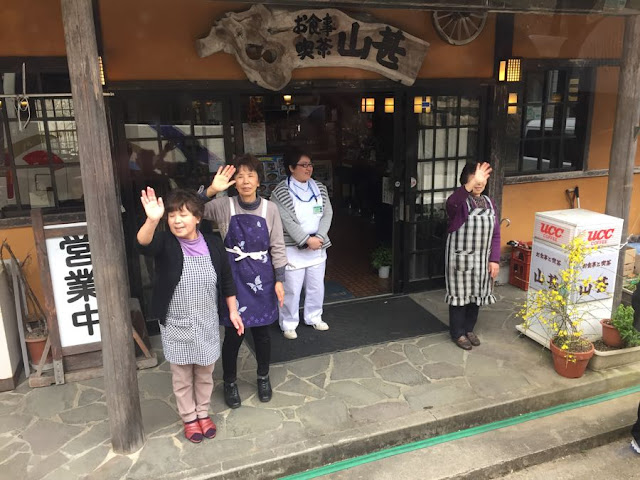 We visited a traditional paper making shop and we each made three postcards. I'll use mine for sketching later. 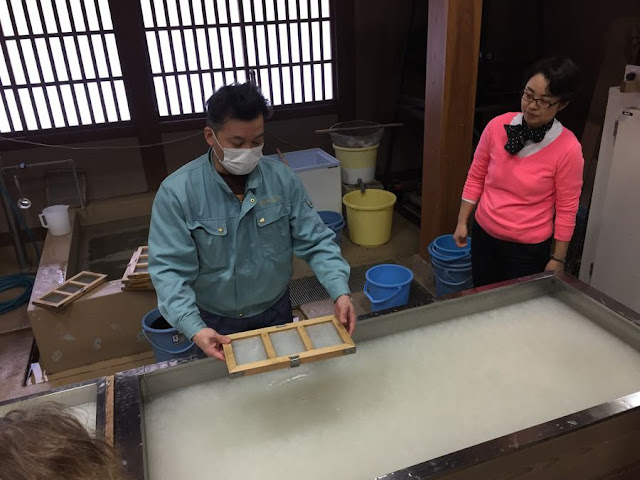 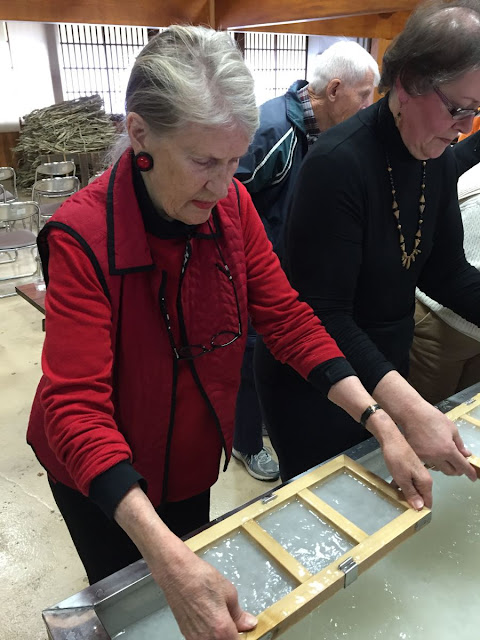 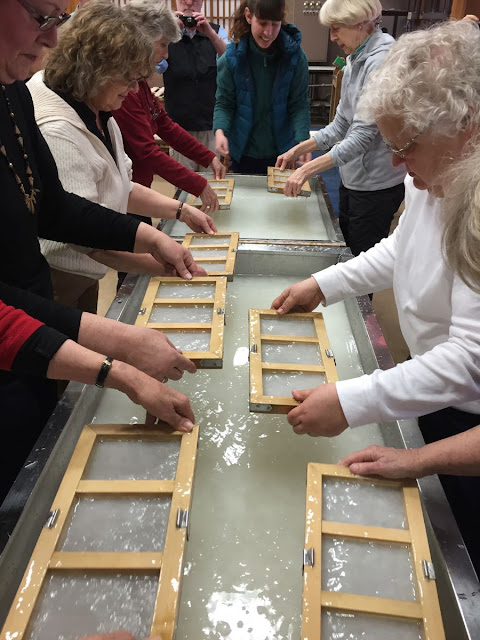 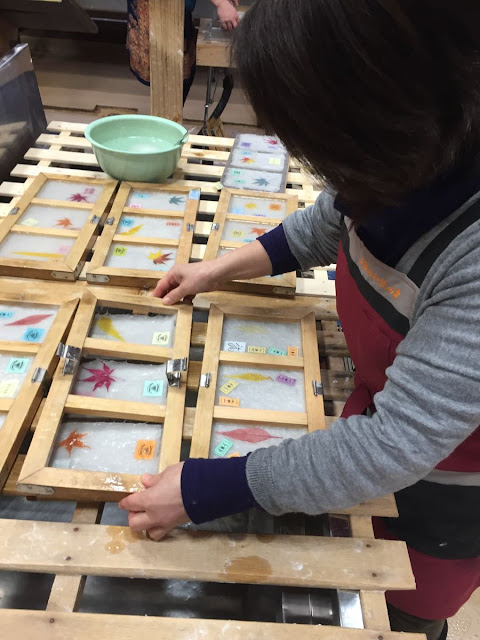 Robin uses the bus mirror to adjust some new earrings bought in the gift shop. 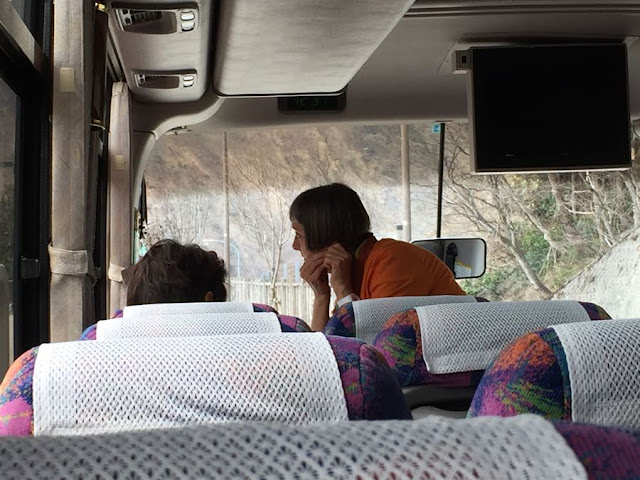 Thatched roofs are common in some of the mountain villages. 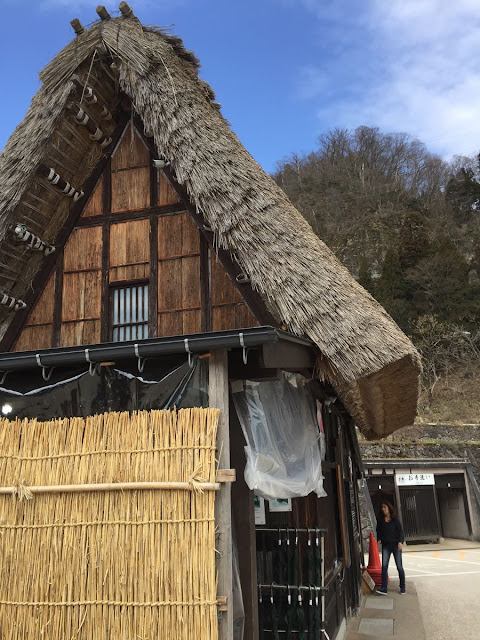 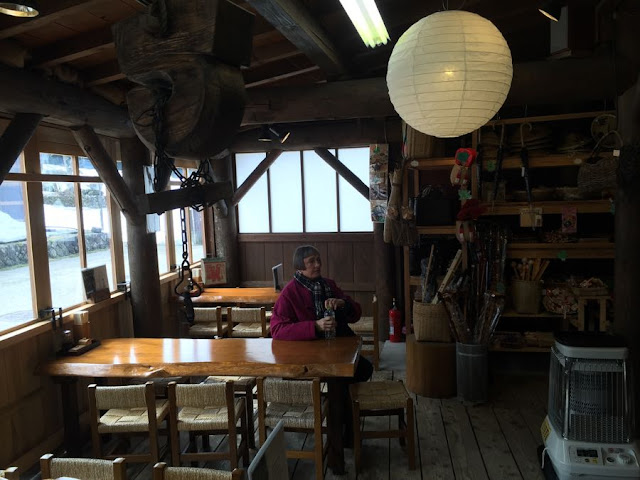 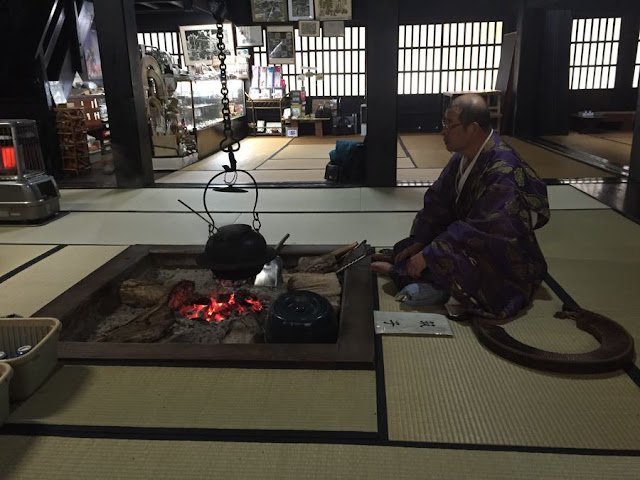 This man did a traditional dance for us. 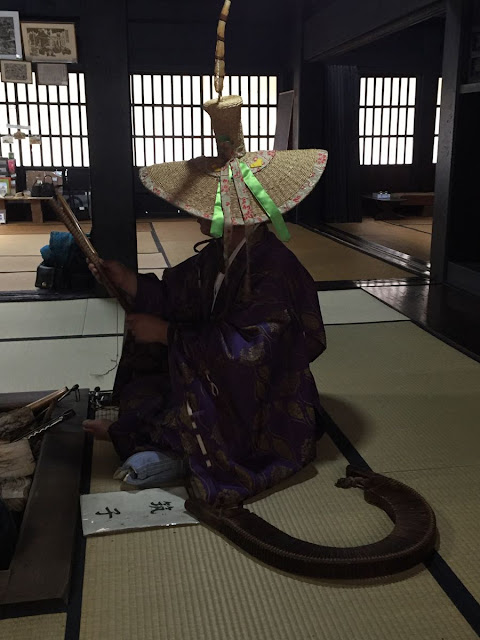 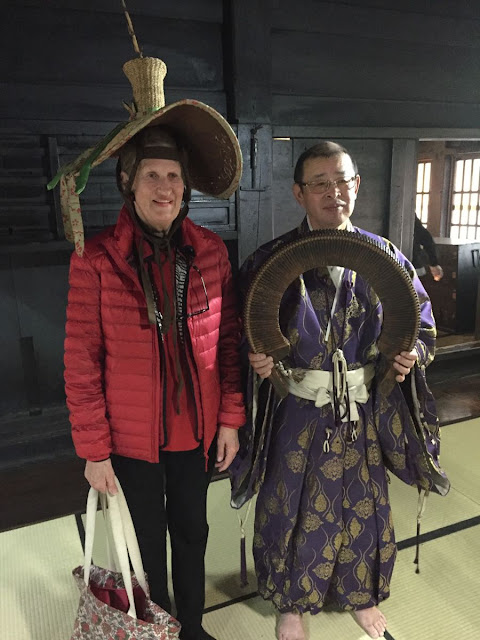 A view of a famous World Heritage village. We didn't have time to drive down to this village, and it was raining, so we headed back to Kanazawa. 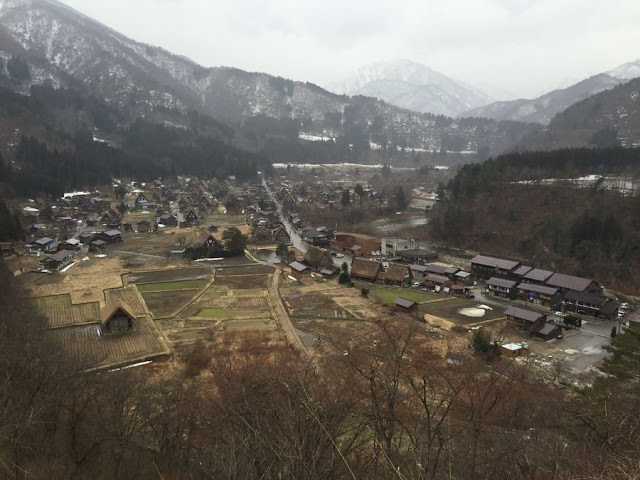