Today, Sunday, our group took a chartered bus to a shrine, a temple, a war memorial, and to Ginza, the upscale shopping area of Tokyo. Our guide designated the lion statue in front of the department store Mitsubishi as our place to meet after some "free time" in which we could explore the area. We went inside the store to look around and when we got back outside the scene below was happening. I looked around but no one seemed to be watching the rabbit or concerned about it. After a few minutes we walked down the street to look around. When we returned to meet the group for lunch, the rabbit was gone. 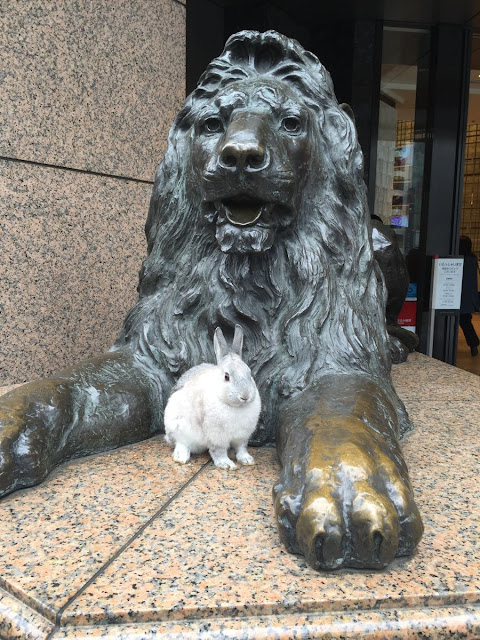 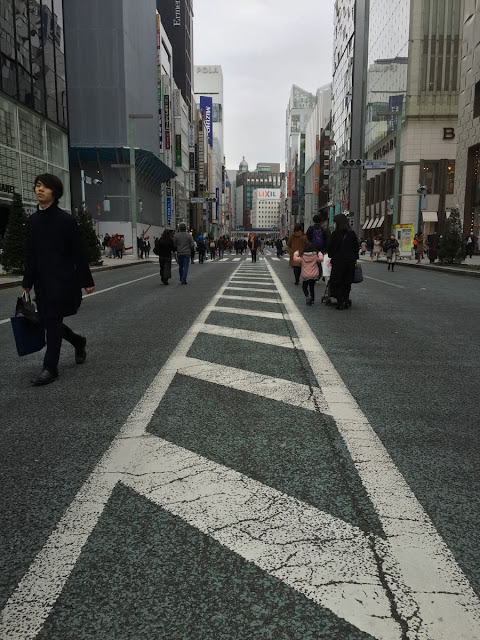 On Sunday, some of the main streets in Ginza are closed to traffic so pedestrians can move about freely. That's Robin way back there in the middle of the street, wearing an orange scarf around her neck. 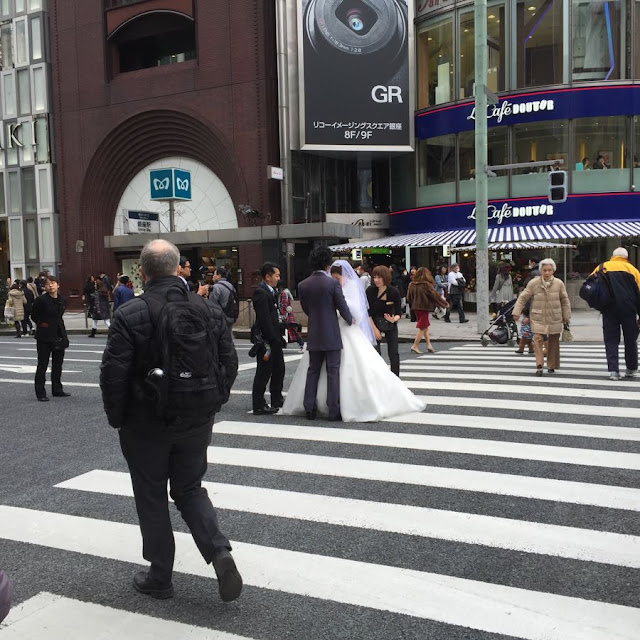 Since the streets are blocked off, it was a good time for either a wedding or a wedding fashion photo shoot. I couldn't tell which was happening, but several photographers were on each side of the couple shoot photos & video. 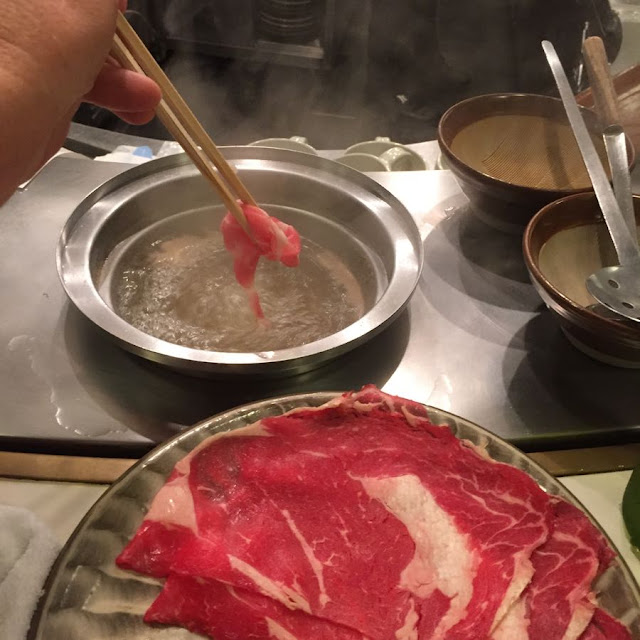 After wandering around the Ginza neighborhood, we all met at a great restaurant that specializes in a dish called Shabu Shabu. You pick up very thinly sliced pieces of raw beef and pork, then dip it into a boiling pot of broth for about 20 seconds to cook it. Very dericious. 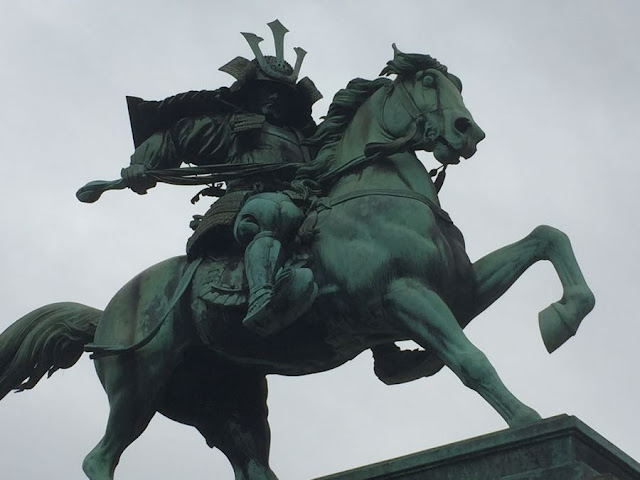 We made a quick visit to the grounds of the Imperial Palace, home of the Emperor. The Palace grounds are immense, surrounded by two moats and including a dense forest. We couldn't get close enough to see much other than this statue which depicts a Shogun warrior who died in a battle, fighting for the Emperor. It's considered on of the three best/most famous statues in Japan.

Tomorrow, Monday, we leave Tokyo and head towards our next destination, Hakone. On the way we're supposed to go half way up Mt. Fuji, but the weather forecast calls for rain so we may not be able to see it.