We spent our last day in Seoul walking to bottom of the hill where the Seoul Tower is located, taking a tram to the top of the hill, and going to the top of the tower for 360° views of Seoul. This city is about 100 times larger than I thought. It's divided by the Han River.

While we were visiting the tower and a National Art Museum (an amazing exhibit of Rubens, van Dyck, Brueghel the Younger, Brueghel the Elder, and others), Elizabeth took a tour to the DMZ, the zone that separates South Korea and North Korea. No photos allowed. Darn it. 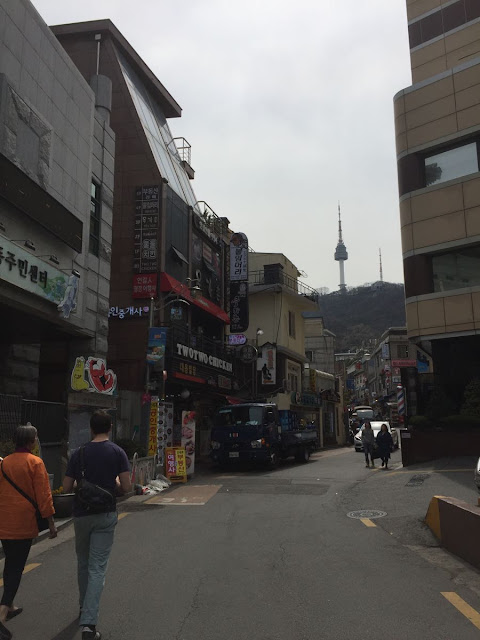 Walking towards the Seoul Tower. 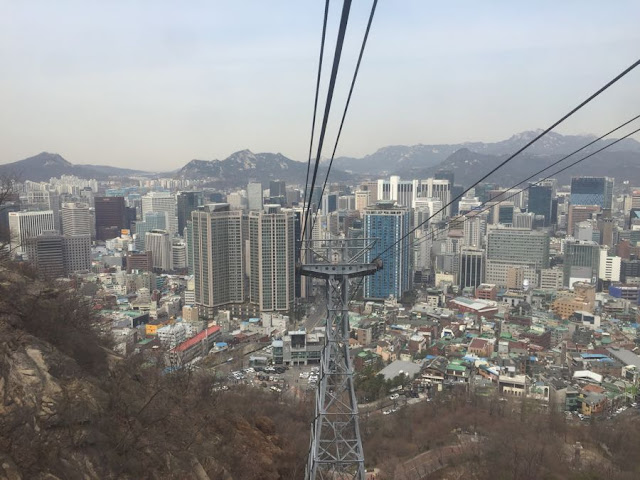 A tram took us from the bottom of the hill to the Seoul Tower park at the top of the hill. 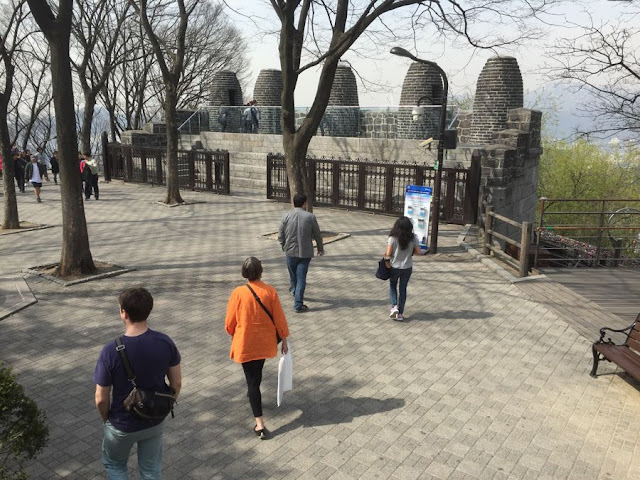 These chimneys are at the top of the hill, Beacon Hill. 450 years ago they, and others on other hills, were used to communicate warnings of invading armies, just like in the Hobbit movies. This probably where the Hobbits got the idea. 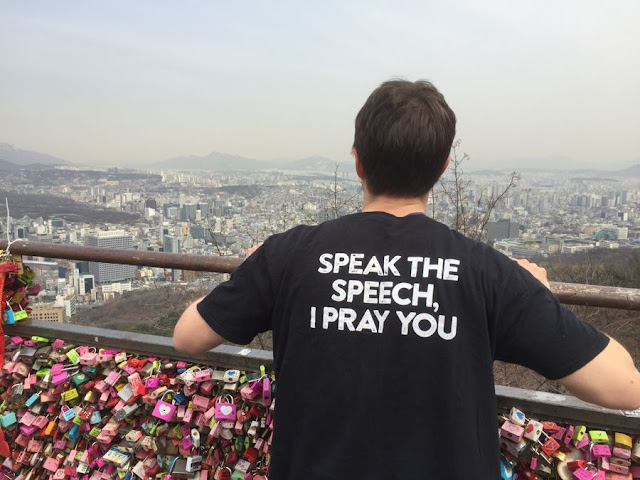 Jimmy stands next to one of many places on Tower Hill where lovers have placed padlocks to symbolize their love. Robin knew about this custom from some of the Korean TV series she has watched at home. Hmm, that looks like an International Shakespeare Center T-shirt. 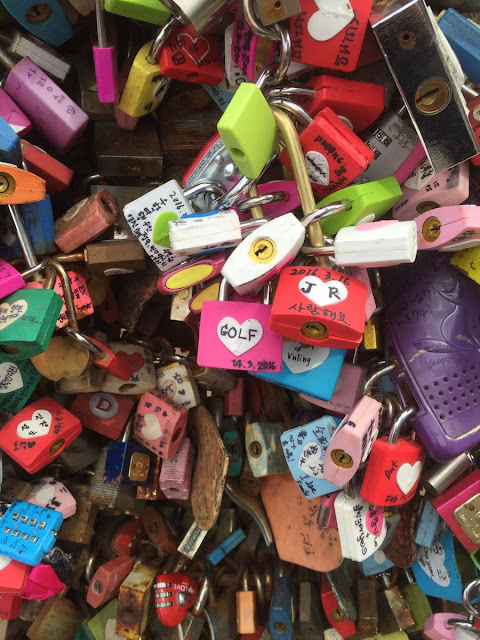 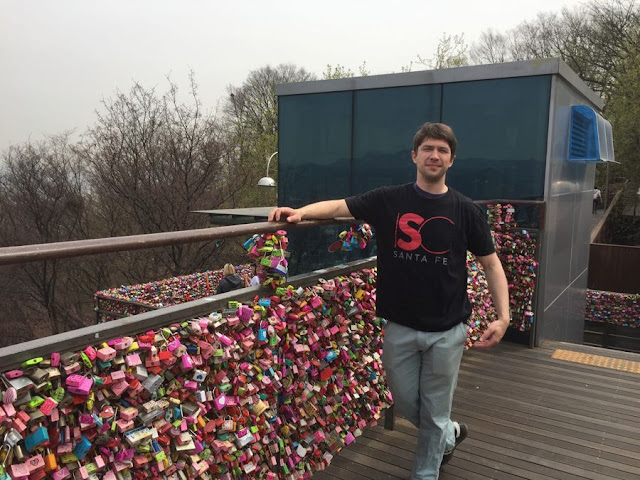 This photo doesn't show it, but, according to a quick count I made, there are at least a billion locks hanging all over the place up here. Hey, where did he get that International Shakespeare Center shirt? It's strange, but I've seen shirts like that everywhere I've gone in Japan and Korea. I guess they really are international. 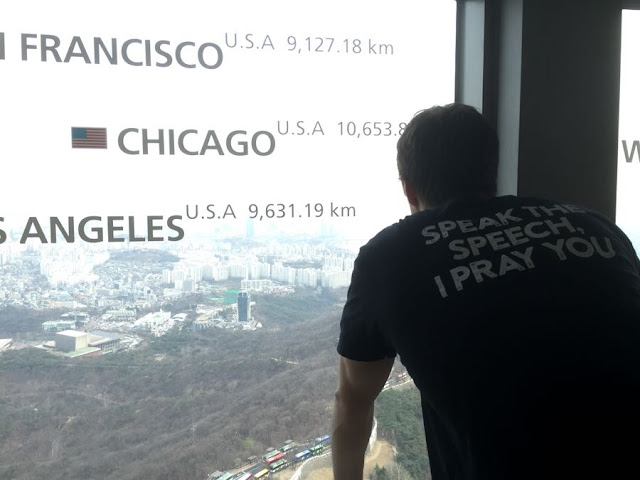 USA is over that way. We head that way tomorrow afternoon. 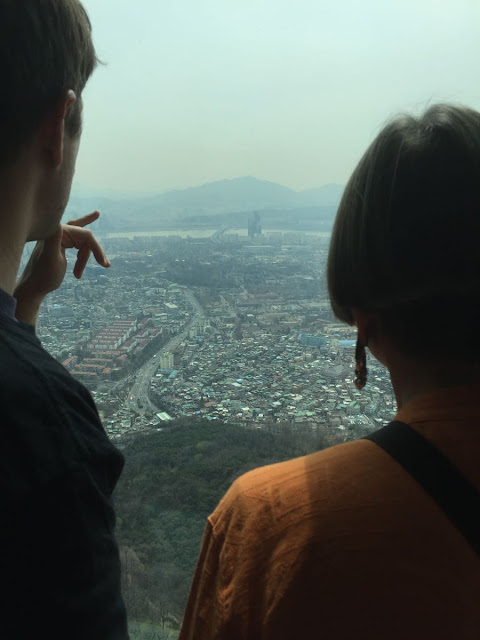 The Han River and the rest of Seoul is over there. 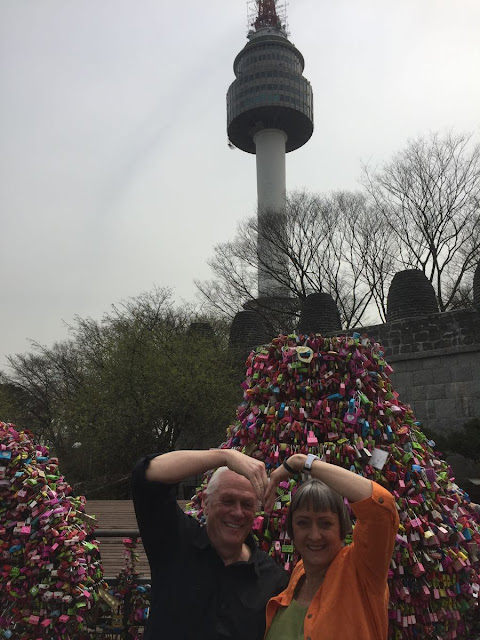 A typical Korean couple doing a traditional heart pose in front of stacks of love locks. You'd never catch me doing that. 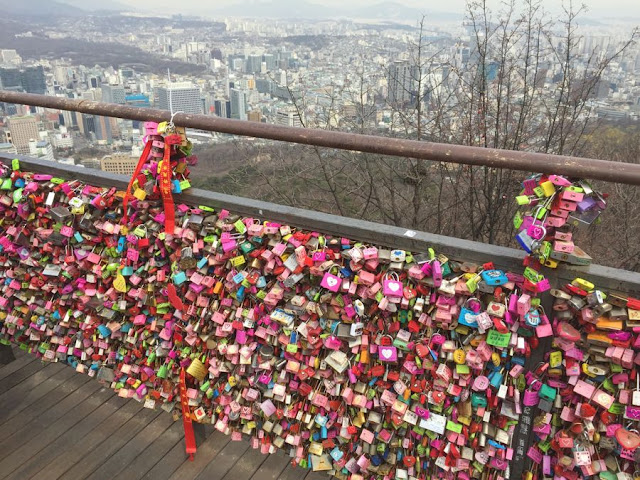 More locks. After putting a lock up here, it's traditional to throw away the key. I wonder how often an ex-lover comes up here with bolt cutters. 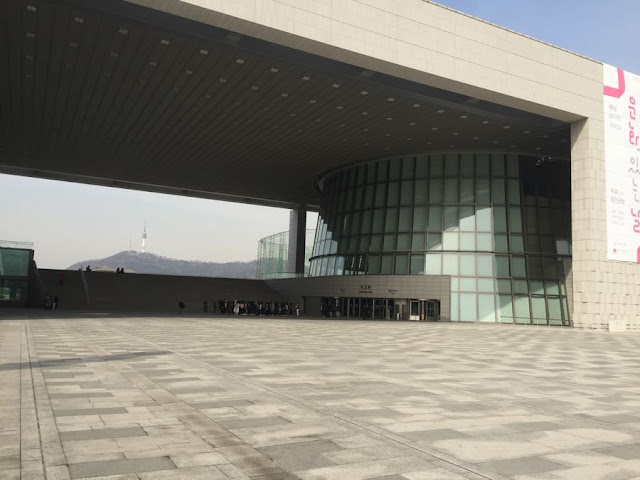 After the Seoul Tower (shown in the background) visit, we took a taxi to the National Museum of Korea. 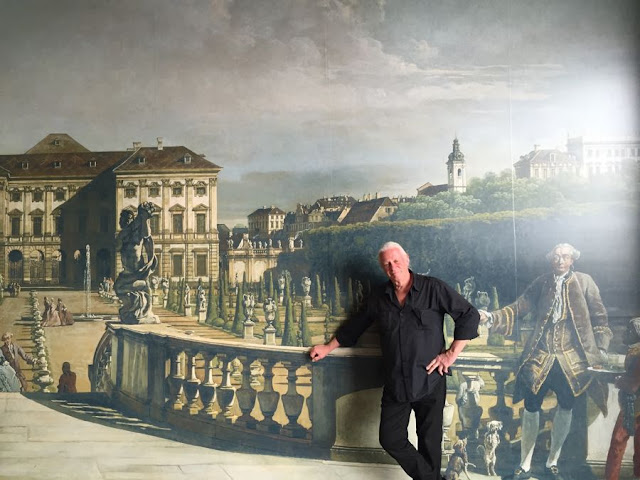 Relaxing at the Rubens and Other Masters exhibit. This guy insisted on posing with me. 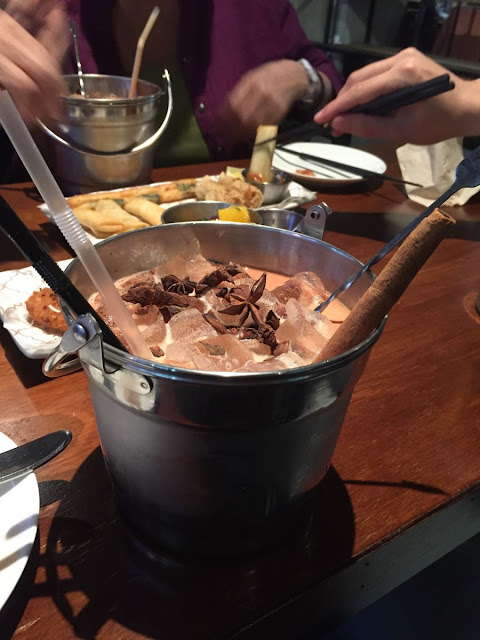 Thai Tea for two. Unfortunately, we didn't know it was for two and in a bucket. That, along with the spicy shrimp, fried chicken and curry, made for some blog material we won't go into at this time. 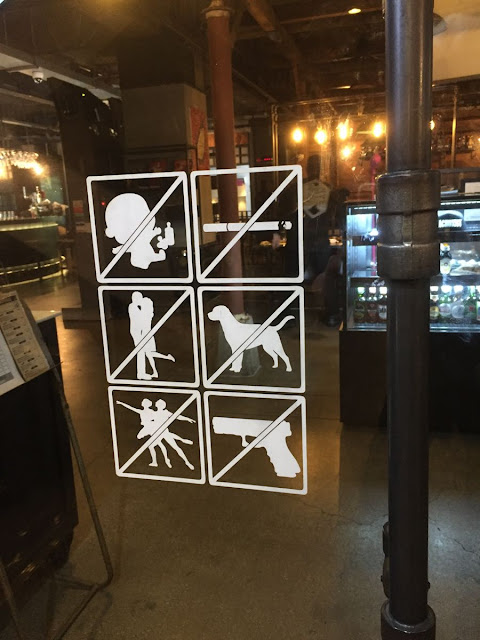 Signage on a door alerts you that there are no babies, smoking, kissing, dogs, ballet, or guns allowed inside. Just obey the signage and you shouldn't have any problems.