After landing at the airport we took a cab to our hotel in the older downtown area of Seoul (the newest downtown area is the Gangham area on the other side of the river from where we are). The Korean lady at the front desk, whose English is better than mine, told us we could find restaurants and bars just several blocks away. After walking through an interesting alley of small cafes we came upon a modern, big-city street, crossed the street, turned down a side street and found the Seoul that  Hollywood location scouts look for. We've realized that in both Japan and Korea, there's at least one restaurant per person. 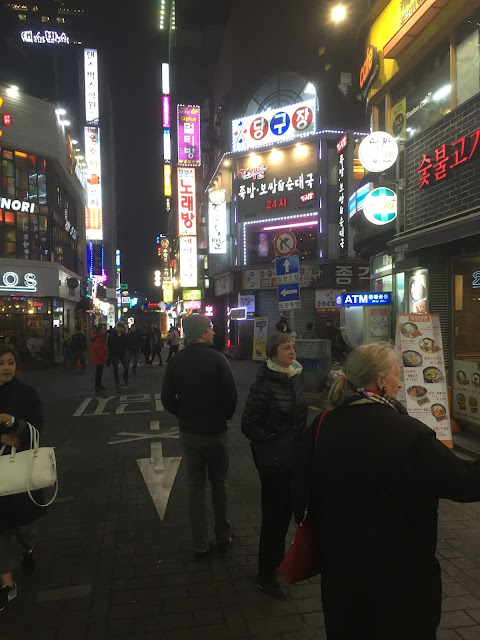 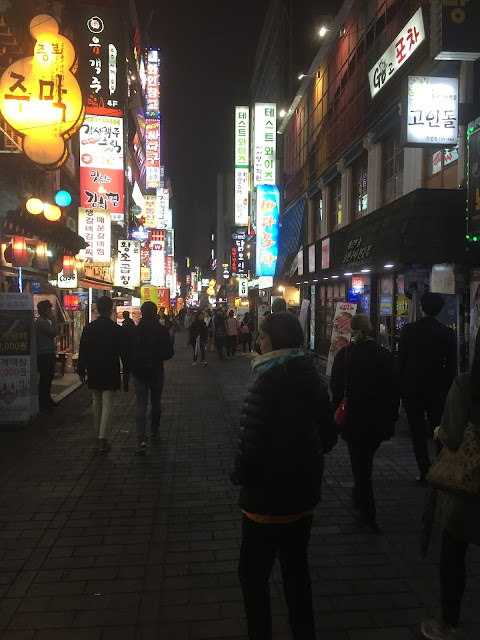 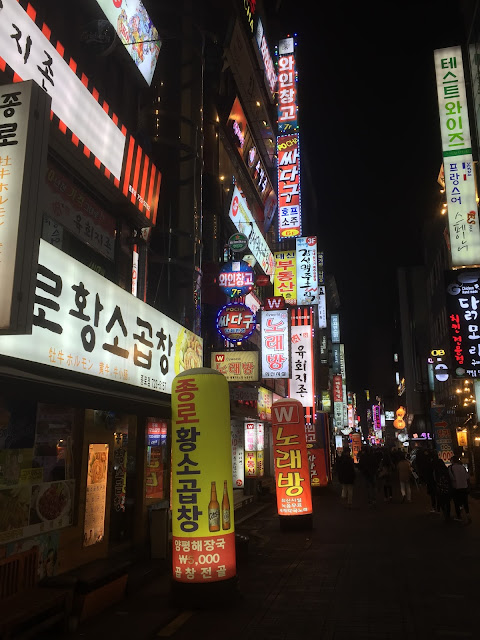 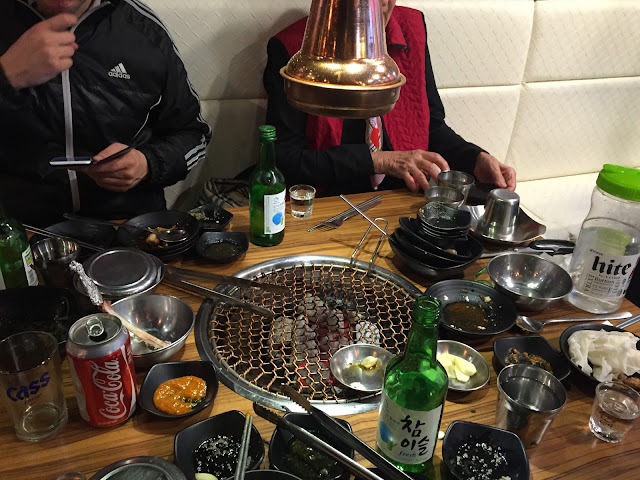 We picked a restaurant that featured grilled meat, mostly pork. I didn't get the camera out in time to get an actual photo of meat. The green bottle is soju. We had several of those. Several too many. Very tasty though. Our favorite alcoholic drink. 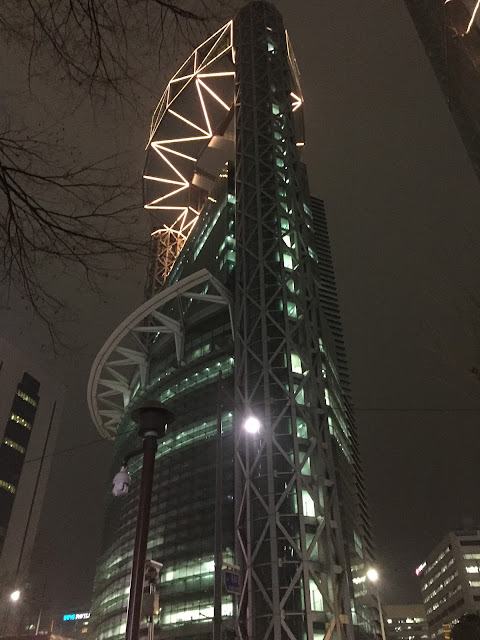 This building is near our hotel and makes a nice landmark as we roam around the city, day or night. I think it's either an office building or maybe the galactic headquarters of an evil genius.